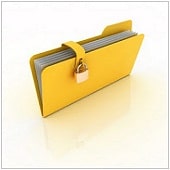 Is Paper is Safer? Depends on Who You Ask

According to a brand-new survey of physicians–but a similar survey of individuals didn’t get the same response. They think the newspaper is still safer, which will means some education is in order.

The survey, which has been conducted by GfK Roper on behalf of Practice Fusion

Asked patients and medical professionals the way they look at EMR safety versus newspaper chart safety.

Fifty-four percent of physicians answered that EMRs are safer

With just 18 percent choosing paper as the more secure option. Patient views, nevertheless, differed: Forty-seven percent of them said paper can be safer, with 39 percent selecting EMRs as the safer option.

Strangely enough, of the patients who have said EMRs are more secure

77 percent said the greatest benefit for EMRs more than paper records is becoming in a position to access records once needed.

Exactly what does it suggest?

The medical community is definitely rejecting paper charts and embracing technology, says Practice Fusion–and that’s simple to appreciate if you’re a rehearsing physician who has any kind of experience with an EMR. But it’s also simple to understand patient concerns, which will means more education regarding why EMRs are less dangerous than paper charts can be necessary.

Published with authorization from TechAdvisory. org.

Posted in Uncategorized and tagged Healthcare IT