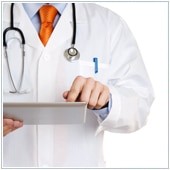 The study titled “The Marriage Between Electronic Health Documents and Malpractice Claims”–conducted simply by Harvard Medical School experts was published in the Archives of Internal Medicine–tracked groups of Massachusetts medical doctors who had previously recently been surveyed in 2005 and 2007.

Thus, the number of insured years was calculated for every single physician following and before EMR re-homing. The researchers then utilized Poisson regression to identify whether EMR use was associated with malpractice says, modeling the rate of malpractice claims annually in periods with and with no EMRs.

The effects suggested that the “implementation” of [EMRs] may reduce malpractice says and, at least, appears certainly not to increase claims, inch in line with the study’s authors.

Published with permission from TechAdvisory.org.
Posted in Uncategorized and tagged General Healthcare IT