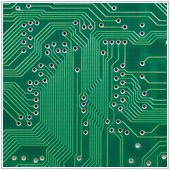 The computer is one of the most important inventions of the past century. While it is a magnificent machine, most users treat their computers like a black box. We know how to use it, but little do we know about what is inside. It’s these components that allow us to communicate, run businesses and yes, even surf Facebook. As such, it could be beneficial to know a little bit about the internal workings of the modern computer.

These components are found in nearly every computer, and now many tablets and smartphones too.

Think of the motherboard as the backbone of nearly any technological device. It holds all the major components of the computer, including the hard drive, processor, memory and peripheral ports like the USB. Most motherboards in computers, and to some extent laptops, are called expandable. This means that you can replace components as long as they are compatible. For example, you can take out a hard drive and replace it with another that has more storage capacity.

If you can’t take parts out, you may see the term mainboard used. This term is usually applied to devices like TVs, washing machines, refrigerators, and so on.

Networking cards, or network interfacing cards, may be separate cards or integrated into the motherboard. Their purpose is to provide a way for your computer to connect to the network and the Internet.

Many new computers will have a network card integrated into the motherboard, along with other components. If you own a laptop, you can connect to Wi-Fi networks through a Wi-Fi card which is usually close to the outer edges of the device. Most desktops don’t have this card, but you can purchase them if you want to be able to connect to Wi-Fi.

The processor – also known as a Central Processing Unit or CPU – is the brain of the computer. Its job is to carry out the instructions of computer programs that are stored in the computer’s memory.

The hard drive is where programs and files are stored. More traditional drives are called Hard Disk Drives (HDD) and are comprised of a series of magnetized disks which store the data. These disks spin under a magnetic arm which can read and write data.

Newer hard drives are called Solid-state Drives (SSD) and use electrical circuits to store data. These are much faster than traditional HDDs and are starting to be found in more and more computers.

The Universal Serial Bus, or USB, is a standard that covers a certain type of cable, connectors, and communication. It is a standard way for computer components like mice, keyboards, phones, etc. to be connected to the computer. Nearly everything that is not a physical part of the motherboard or internal computer is connected using a USB connection.

The cool thing about the USB does not only do it allow you to use your computer as a communication device, but it also allows the connected device to draw electrical power from the computer, essentially transforming your computer into an electrical outlet. That’s why you can charge your phone, or run an external hard drive simply by plugging it into your computer’s USB port. This standard has become so popular that many computers now come with multiple ports – some with as many as eight!

Computers are great, but without monitors, they would be largely useless for everyday use. Monitors come in many sizes and varieties. Newer monitors can connect to your computer through HDMI or VGA ports. HDMI – High-Definition Multimedia Interface – is a newer format that can display high-definition images, while VGA – Video Graphics Array – is typically found in older monitors.

As technology advances, you will see fewer VGA monitors and connections in use, with many manufacturers offering monitors that only use HDMI.

This was just a basic overview of the essential components of a computer, if you would like to learn more about the machine you use on a daily basis, please contact us. We would be happy to sit down with you and give you a more detailed tour of the inside of your computer.