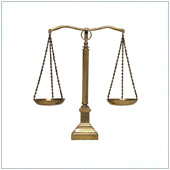 The Surface Pro – 4 pros and cons

In early February 2013 Microsoft launched their long-awaited high-end tablet, the Surface Pro. Despite the somewhat poor sales of the Microsoft Surface that had launched in late 2012, the Pro was slated to be the tablet that businesses would really be able to benefit from. Now that it is out, many are asking if it really lives up to the claims.

The Surface Pro comes with Windows 8 Pro installed. This is the full version – all the functionality of the desktop is on the tablet. For businesses this means that almost any program you use on your Windows 8 desktop will also be useable on the Surface Pro; you can truly take the office with you.

If you don’t use Windows 8 at the office, but use an older version of Windows, most programs will still work because Windows 8 supports many legacy Windows programs (Windows 7, Vista and some XP programs).

2. You can connect almost anything

Unlike similar tablet devices, the Surface Pro comes with a full USB port which can accommodate almost any USB device, including external hard drives. There is also a mini DisplayPort which, with an adapter, you will be able to connect an external monitor or projector to.

Beyond that, the Surface Pro also has a MiniSD card slot which allows for up to 64GB of extra storage space. There is also an attachable keyboard case which connects to the tablet by magnets, and gives users a full laptop style keyboard and mouse trackpad.

3. The screen is gorgeous

The Surface Pro has a third generation Intel i5 processor and 4GB of RAM. This is similar to many mid-range laptops currently on the market and is miles ahead of any other business tablet currently available. What this means for most business users is that they will be able to run almost all of their business programs without a problem.

Most 10-inch tablets will have between 6 and 10 hours of battery life under normal use conditions – some Web browsing, email, Wi-Fi on, movie playing and screen on a normal level of brightness. The Surface Pro will get around four hours, or less if you are working with programs that require more computing resources.

The reason for the lower than average battery life is largely due to the bigger, faster processor and the HD screen. On the other hand, the battery life is good when compared to similar laptops.

This device is meant to be held in landscape method (think of an open book). This is evident with the kickstand on the back of the device and the fact that the attachable keyboard cover is only useable in landscape mode.

What’s more, the device is quite heavy for a tablet, many users won’t be able to hold it for long periods. User reviews have also shown that with the keyboard cover attached, the device won’t sit on a lap, only on a flat surface.

In other words, if you plan to move around a lot, or work with the tablet on your lap, you’re going to have a tough time of it. It will be even harder if you have peripherals attached.

Looking at the Surface Pro website, you can see that it comes with two hard drive options – 64GB and 128GB. It’s important to note that these numbers are the size of the hard drive before Windows 8 is installed. After the OS is installed, users will have a paltry 23GB and 83GB respectively. Want to install Microsoft Office 2013? Take off another 8GB.

On the plus side, there is a MicroSD slot which can support a card with up to 64GB of space, and the USB port allows you to connect an external hard drive, but that is hardly ideal especially if you are looking for a mobile solution.

The Surface Pro is by no means cheap. The 64GB version costs USD$899 while the 128GB version costs USD$999. Want the keyboard cover? The soft version (Surface Touch Cover) costs an extra USD$119 while the hard version (Surface Type Cover) costs USD$129. Add in the cost of an extra hard drive, and this device could cost over USD$1,000. A laptop from a reputable manufacturer with similar hardware could cost as low as USD$500.

Should I buy it for my business?

While the price alone will put many prospective business owners off purchasing this device as a tablet, it is a viable solution that could, in theory, replace a laptop. If you are interested in purchasing a Surface Pro, or would like to know more about how it could fit into your business, please contact us today.

Published with permission from TechAdvisory.org.