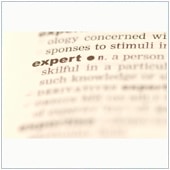 Leasons to Learn From Past Security Breaches

It used to be fire and thieves that destroyed or stole all your precious and important possessions. While these two things still happen, the more modern equivalent is having your various Internet accounts hacked, information deleted or confidential information stolen. There are two recent cases of this happening, both involving Apple and Apple’s products, which go to show that even Apple users can be targets.

Mat Honan is a writer for Wired, who in early August had nearly his whole digital life wiped off the map. His article on Wired is a fantastic and scary read, we highly recommend it. To summarize, he had the majority of his website accounts linked together, with one account linked to many. Hackers were able to get into his iCloud account by taking advantage of Apple’s lax password reset.

In early September infamous hacker group Antisec, related to the hacker group Anonymous, released over 1 million Apple UDIDs. A UDID, Unique Device Identifier, is the code Apple applies to all devices to be able to identify them. Upon the release of the UDIDs, Antisec announced that they had come from a breached laptop, owned by the FBI, and that the FBI was using the UDIDs to track users.

While it’s not known exactly where the breach came from, security experts have been able to prove, to a 98% surety rate, that the UDIDs came from Blue Toad, an app developer that had a digital breach previous to the release of the UDIDs. Blue Toad’s CEO has come forward acknowledging the leak and noted that the company is sure the info came from them, and not the FBI.

While it can be alarming that UDID were out there, users can be assured that passwords were not exposed, as the UDID tends to store information like account name, phone number and address. Yes, contact information is out there, which might raise concerns,  but don’t kid yourself, this information, or most of it, is already readily available on the Internet anyway.

With these two, fairly serious incidents, iPhone users are right to be a little wary, and should be taking steps to ensure their information is secure

Related to these two events, here’s seven steps you can take to minimize the chances of this happening to you:

If you have any questions or concerns about the security of your accounts or systems, please don’t hesitate to call us.